Rick opened his first law office in Belleville, Illinois. Since that time, Rick has developed his law firm into a successful practice with eight office locations throughout southern Illinois. 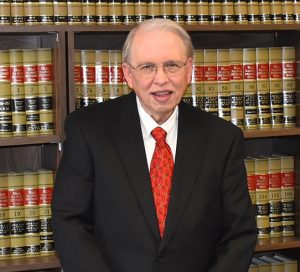 For over thirty years, Mr. Reed authored “The Law and You,” a weekly column in the Belleville News Democrat and other area newspapers.

Rick Reed lives in the Belleville area with his wife. They have four grown daughters. He is very active in his church where he teaches adult Sunday School every week. Rick is an avid sports fan who spends his free time going to Cardinal baseball games and Billiken basketball games.