Kelly grew up in Belleville and has been coming to the office with her dad, Rick Reed, since she was young. 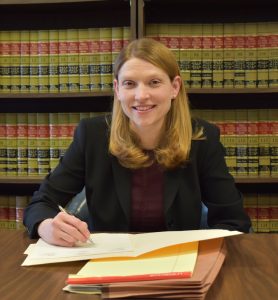 Kelly was licensed to practice law in Illinois in 2004 and in Missouri in 2005. Kelly joined the firm in 2004 and focuses her practice in the areas of personal injury and workers’ compensation. She lives in Belleville with her husband and children.